Artikeln i Jewish Telegraph: “Unity of Jews sets an example to nations”

ISRAELI professor and kabbalist Michael Laitman reached out to readers of the New York Times newspaper to display a message of unity to the world.

The professor of ontology said he has had a positive response from Jews and non-Jews from the article entitled Who Are You, People of Israel?

“But some people did not understand why I was approaching the Jews,” he said. “The spirit of the New York Times is far from the way I usually approach Jews.

“Some people said I was correct with what I said, but should I really be telling this to everyone? The non-Jews responded favourably.

“The overall response from them is they now understand their feelings about the Jewish people; that they are not just about religion, but are also related to nature.”

He added: “Antisemitism is not coincidental. Circumstances happen all over the world, even in places where there are no Jews.

“I wrote this so Jews and non-Jews would understand who we are.

“The solution to unity among the Jews, is setting an example to the rest of the nations.

“Until we pass on the so-called key to happiness to other nations, antisemitism will only escalate.”

Prof Laitman was born and raised in Vitebsk, Belarus, which he described as “a small Jewish town, with a population of a quarter of a million people”.

He said: “In my earlier years, I worked in a medical academy in St Petersburg in Russia. However, science couldn’t provide all the answers.”

On a quest to find the meaning of life, Prof Laitman emigrated to Israel in 1974.

He became more religious, but still couldn’t find the answers he was looking for.

He furthered his studies in ontology and philosophy, and five years after searching, arrived at kabbala.

Prof Laitman explained: “Kabbala called out to me because it speaks about the general system that governs reality with scientific proof.

“From this I could see how to run life and achieve a complete perspective of development before and after life.

“Kabbala isn’t something you do because someone told you so, but is under your own life choice.”

Founder and president of the non-profit educational organisation ARI Institute, he teaches two million students worldwide on how to connect, in order to be adapted to an interconnected world.

He also runs the TV station Channel 66, in order to produce media to send a message of connection to the people of Israel.

His students have the opportunity to broadcast their own shows on rising global issues.

A writer of more than 40 books, his latest, Like A Bundle of Reeds, discusses the solution to the recent rise of global antisemitism.

The content of the New York Times article was based on the book, following a kabbalistic method of practical steps to achieving unity for a better idea of how to relate to every aspect of life. 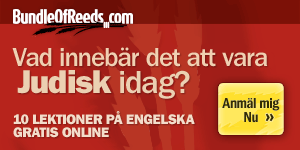 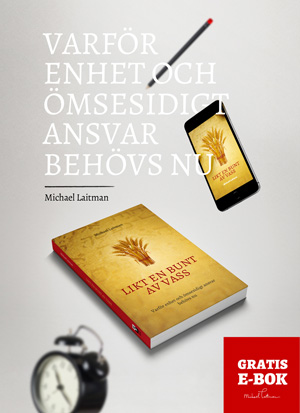