Are You Using Envy to Escape Crisis?

Today, humanity is at crossroads. More and more people realize, as a result, the deepening and seemingly unsolvable global crisis, that driven by our inherently self-centered and egoistic nature—our “evil inclination”—we are on a path of inevitable self-destruction.

There is a maxim that says, “Who is wise? He who sees the future.” That is, he who is wise sees in advance the expected result and thus avoids suffering. A wise person is one who sees others and knows why it is worthwhile to move toward benefiting others. We develop science in order to know how to stop deadly illnesses. The question now is, “How can we picture the process so we can see that if the situation continues on its current course, we will be lost?”

Indeed, how can we mend ourselves? Which medicine should we take in order to achieve a peaceful life?

That same science, that same development, should now bring us the understanding, the sensation, and the examples of everything that’s happening to us, and the direction in which we are developing. Science should bring this to us in a way we can feel, and help us establish this as the public view. It should be created so strongly that we will not want to use our evil inclination against others. Instead, we will understand that any benefit to others is our benefit.

When I feel that another person wants my good, I will see how I can “buy” the other, what I can give so as to make the other’s attitude toward me favorable. By doing so, I turn that other into a good person who doesn’t harm me. In this way, we will not deteriorate to a state where we are indifferent, hateful, and repelling of one another. We will not reach the point of avoiding living with one another, or starting a family, or having kids—the future toward which we are currently moving.

In the past we lived as families. We lived in a single house with brothers and sisters, relatives, grandparents, and everything was fine. Today, we don’t want anyone around us. People hardly tolerate even themselves, to the point of taking drugs to avoid feeling themselves. We’re moving in a very clear direction: With all the violence, rape, and bullying today, soon we won’t be able to go out of our homes and feel safe.

Who Else Wants to Transform Their Bad Impulses?

Each of us must determine how we will use each force in Nature. The desire to have more than others isn’t negative in itself; it’s negative only if we want to oppress others.

There are two possible states: I may look at another person and not be envious; but rather, learn from that other person’s good qualities. This is good envy—but not if I look at the other and think: Why do I need to work so hard to have what he has? It would be best if he didn’t have anything. If I ruin what he has, I’ll have nothing to be jealous of and I’ll feel much better.

So the whole issue is about how we use each desire or inclination. The inclination itself is neither good nor bad, just as with envy. There is good envy, and there is bad envy. Good envy promotes me because I want to grow; bad envy directs me to destroy the other.

The test is simple: Do I want others’ favor, or do I want their harm? There is also an intermediary state: If it’s neither for another, nor against another, but only in my favor, then it’s progress from wishing another harm.

However, my looking at another and then wanting the same thing for me doesn’t bring us into balance with humanity or Nature. During the evolutionary process, Nature doesn’t require that we learn from one another and be constantly immersed in competition. Rather, Nature requires that we provide ourselves with a balanced, decent material life; and beyond that, evolve as humans with mutual connections. In this way, everyone will find satisfaction through their connections with others. We should fill ourselves with love, not with fancy, pricey, newer toys. We are in a crisis because we’re not doing so.

Lately, we feel that there is nowhere to evolve. We’re tired of looking at others; it doesn’t give us any pleasure. The economy and technology are unable to keep up with the pace. Earth doesn’t have enough resources to maintain this endless competition. We can therefore see that Nature’s plan is not for us to develop towards what appeared in the past to be “happiness.” The situation in the process we are undergoing now requires that we recognize that there is nowhere to go with this “old” approach.

If a person sees a beautiful car in the neighbor’s driveway, it’s seemingly neither good nor bad. However, it could turn to bad if a person who has been content riding a horse and carriage now sees his neighbor with a shiny, new car. He knows he would need to work much harder to afford that car. This puts into his mind thoughts of envy and vengeance. The problem, though, is not the self-assessments we make in relation to others; rather, it is that Nature doesn’t allow us to continue the competition.

The Secret of Beneficial Competition

Nature is all for competitions that make us happy, competitions in which we want to be as giving to society as others. This is constructive competition, in balance with Nature and toward the same goal. When I look at another and learn from the other, I do it through envy. The other person is great, and I am small; the other is succeeding, and I am not.

About what am I jealous? If I’m jealous of things that bring balance; that bring peace to me and to the world; promoting me and the world toward obtaining balance; toward becoming a “ripe apple”; it is good envy and good competition. We need to encourage it, reward it with prizes, and present such people to the media for everyone to see the good example. But, if by competition, we’re not advancing toward good things, but instead sink into problems and trouble, moving away from the goal, this is bad envy and bad competition. Everything is measured in relation to the final goal because we have no choice but to reach that same balanced mode we see in Nature. By looking at the balance and harmony in Nature, we understand what we need to resemble and the reasons for what is happening to us.

Competition is rooted within us. Man is a social being, and hence a competitive one. Competition is neither a good inclination nor a bad one; it depends on the person using it. It was said, “Envy, lust, and honor lead one out of the world.” If I want to advance from my current state and be more beneficial to myself, to the environment, and to the world, I need to use envy, lust, and honor in such a way that my intellect directs me to use them correctly.

We can use all our inclinations positively or negatively. My intellect needs to direct me toward using them positively. This is why we were given intellect.

When one compares oneself to another, it is a competition. However, there is also competition for the purpose of development. Although ego-driven, envy, lust, and honor urge us to improve because they increase our desire to be like another. This form of competition is aimed at development.

Good competition is one that enhances both of us, where we are tied together and cannot succeed without each other. Let’s say that two people start a business together. One brings in the money, and the other brings in the knowledge. Without the investor, the knowledgeable one wouldn’t be able to succeed, so it’s good that they’re together.

Here Is a Form of Competition that Is Helping People Unite

There is only one kind of competition where both are dependent on each other, but are not opposite one another—a competition to become one. It is a competition where we measure how much we love each other when there is nothing between us that we purchased or manufactured. We both want the same result, and thus we’re not divided. Neither of us aspires to be superior to the other. There is only one; and that one comes from our mingling in one another, from bonding in all the qualities with which we complement one another. None of us can be alone or acquire that sense of complementing each other in any other way except from mutual love, or at least mutual guarantee as a preparation for mutual love.

Any other solution that doesn’t lead us into being one, out of mutual guarantee, will eventually lead to exposure of the ego between us and to separation. The competition where we become one is the only solution. According to this approach, when we engage in bonding in order to reveal love, even if now we are competing and are still in envy, lust, and honor—meaning in hate and love—it all complements one another. Love is the result of the bonding itself. For that, everyone needs to correct him or herself in relation to the connection with others. After that, the love in the bonding among us will appear.

We have a lot of work to do with the intellect. We are balancing our corporeal lives into a single line where each receives what the body needs for its sustenance. Beyond that, on the human level, we are sorting out all the evil within us. Above that degree, in the superior degree in us, we develop all our science, knowledge, and intellect in order to provide for our physical needs and in order to turn the evil inclination that constantly appears in us into a good inclination, with the help of science, until we achieve love.

To summarize, there is nothing to correct in desires of the still, vegetative, and animate levels. The problem is in our relationships with others. There is where I corrupt my life because I have a bad nature, or ego. Everyone agrees that this is so. Therefore, the correction of the evil inclination is Man’s destiny. We have a lot of work to do in correcting the evil inclination, though it may seem to us that it is simple. Life was given to us, and we’ve evolved as we have to fulfill our physical needs for only a small part of the day. We must dedicate the lion’s share of our time to correcting the evil inclination, to reaching the good inclination. By doing so, we will discover Nature’s perfection. 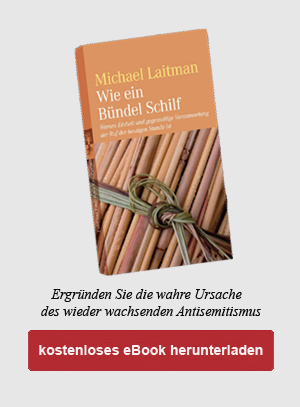